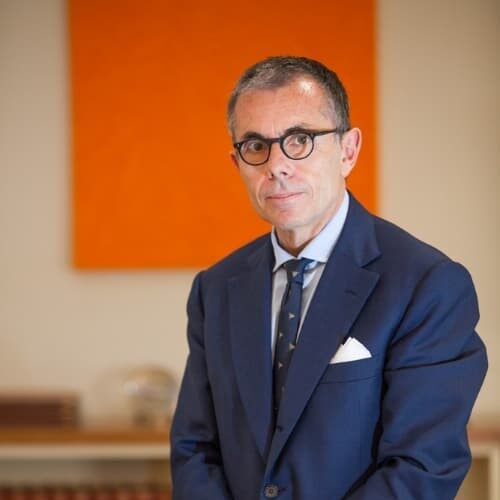 Born in Rome on November 20, 1953, he graduated with honors in Law from the University “La Sapienza”.

He became a civil lawyer, with specific expertise in the field of corporate and insolvency crisis and, after his legal practice at the Comandini-De Luca firm in Rome, in 1982 he founded the law firm Coen (since 2007 the firm Coen Palandri) in the same city. Since 1992 he has been a member of the Special Register of Certified Lawyers in the higher jurisdictions.

Between 2005 and 2007 he was a member of the Executive Committee of CIT S.p.A. and until 2015, Deputy Prosecutor of the Italian Football Federation (FIGC). He has been RAI legal consultant and president of the XVI commission of examinations for the profession of lawyer. From 2008 to 2013 he was chairman of the Supervisory Board pursuant to Legislative Decree 231/01 of the Società Italiana Pubblicità (Sipra). He is currently Chairman of the Supervisory Board of British American Tobacco (BAT).

He began his academic career in 1976 as an assistant at the chair of Civil Law at the Faculty of Law of “La Sapienza”; in 1982 he became a professor of Community Law at the University of L’Aquila, and then obtained a teaching contract at the chair of Private Law of LUISS in Rome. In 2012 he took part in the technical panel on Bankruptcy Law set up by the Ministry of Justice. He is currently a lecturer at the Faculty of Economics of the University of Parma, after having been a member of the teaching staff of the School for Advanced Studies in Bankruptcy Law of the Council of the Bar Association of Venice, and of the Higher School of Interior Administration – SSAI – Ministry of Interior.

Among other positions, since 2009 he has been Extraordinary Commissioner for extraordinary administration procedures of the Maflow Group; since 2011 of the Valtur Group and since 2015 of the Mercatone Uno Group. He was also Liquidator of the Banca Popolare di Garanzia di Padova between 2009 and 2015, while today he holds the same position for the C.M.C.A. Soc. Cooperativa.