The  Other Political Parties in the People’s Republic of China: Activities 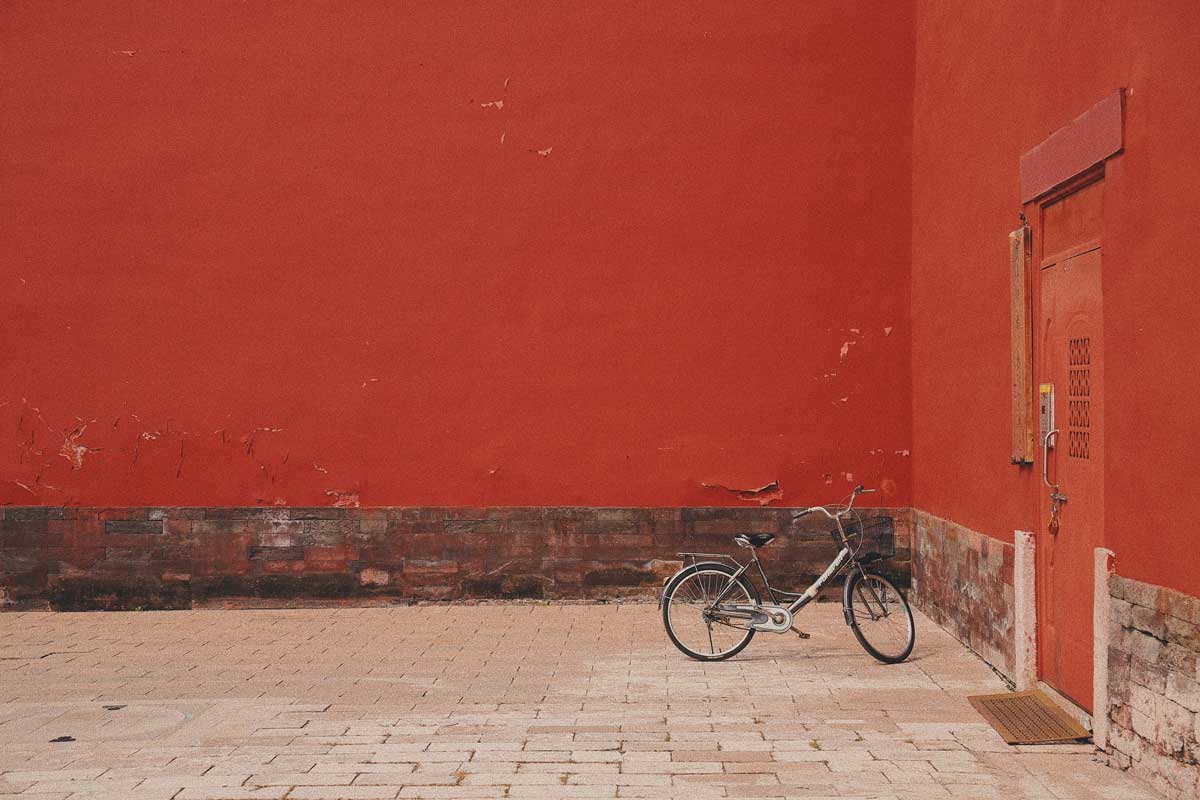 The democratic parties in the People’s Republic of China are playing an increasingly proactive role in the State’s political life. In recent years, their leaders have been invited to participate in over 200 events concerning both China’s foreign policy and the activities of the Communist Party of China itself.

Independent party officials have visited over 60 countries as vice-chairmen of the People’s National Congress Standing Committee, or as representatives of the CPPCC National Committee. Ms Liu Yandong, deputy Head of the United Front Central Department said: “This demonstrates the close cooperation between different parties in China’s political life and adds new content for improving the system of multi-party cooperation and political consultation under the CPC’s leadership”.

These parties, all of which – like Italy’s former four/five-party coalition governments – contributed to the War of Resistance, count almost 800,000 members, over 80% of whom hold high-ranking positions and are senior officials of the State administrative organisation in China.

Ms. Liu underlined that such progress has been made especially since the 4th Plenary Session of the 13th Central Committee (CC) (June 23-24, 1989, after the Tiananmen Square incidents), which summarised the basic experience of long-term cooperation between the CPC and the independents and inherited and expanded Deng Xiaoping’s (1904-97) theory of multi-party cooperation in accordance with the characteristics of the time and the changing international situation, which strengthened the system of mutual political cooperation and consultation. Over the past two decades, the CC of the CPC, the State Council, as well as the Departments entrusted by the CC and the State Council itself have held over 200 Summits in which non-Communist party leaders and personalities with no party affiliation have played a role. By discussing issues ranging from politics and economics to social development, the decision-making process has become more open and democratic.

Over 120,000 members of China’s non-Communist parties and people with no party affiliation have currently been elected as deputies to people’s assemblies at different levels, and over 240,000 have been selected as members of the CPPCC at different ranks. A total of 2,140 members have been appointed as deputy Heads or assistants of governmental organisations at county level, and 51 others have been appointed as vice-Presidents of people’s courts or prosecutors. The CCs of the independent parties have made over 160 proposals to the CPPCC, the State Council and the relevant organisations, and many of them have been adopted. In the meantime, the CCs themselves and the China Federation of Industry and Commerce put forward around 600 proposals at the CPPCC’s national meetings, and many of them have been adopted and implemented. Ms. Liu said: “The system of multi-party cooperation and political consultation under the CPC’s leadership will be further improved and enlarged with the development of socialist democratic politics in China and progress in restructuring”.

Such political system was described at a press conference on March 6, 2013 by the Health Minister, Chen Zhu (b. 1953) – Chairman of China Peasants’ and Workers’ Democratic Party – as “guaranteeing solidarity in China, as the largest developing country in the world, with a population of over 1.3 billion people, and encouraging all parties to work together in the country’s development process”. At the First Session of the 12th National Committee of the CPPCC, the Chairman of the Chinese People’s Political Consultative Committee (CPPCC), Yu Zhengsheng (b. 1945), said in front of over two thousand political advisors that China would not copy Western political models and systems. On the other hand, Zhou Zhongxiao of the China Democratic League added: “Why must a party always be in search of political power?”

In the history of modern China, there were over 300 parties that led to rivalry and caused first the phenomenon of warlords and then national disintegration. China could never have achieved its current successes if it had used unfamiliar or externally imposed ways and modus operandi. The time of opium wars and foreign interventions ended in 1949.

In view of strengthening and improving the ruling party’s leadership, efforts have been made to build a new democratic approach. The CPC and the other parties have reached an agreement to remain neutral, unbiased and equal in multi-party cooperation, which is based on political control in an attempt to make the government’s decision-making process more scientific and responsive to the needs of the other four golden stars of the national flag.

The development of independent parties was hindered during the Cultural Revolution (1966-1976), although the representatives of those movements were not attacked by it: after all, it was a struggle concerning the many policy lines within the Communist leadership. The situation improved considerably after the 3rd Plenary Session of the 11th CC of the CPC (December 18-22, 1978), which marked the beginning of the country’s reform and opening up in political terms. Over the years, the total number of democratic party members increased from 65,000 in 1978 to about 800,000 in 2012.

The eight non-Communist parties are not opposition parties, if we consider this assumption within the framework of the liberal-capitalist approach. They participate in the discussion and management of State affairs. The President of the PRC and of the CPC, Xi Jinping (b. 1953), himself urged greater tolerance for criticism from non-Communist members: “The CPC should be able to endure sharp analyses, correct mistakes, if any, and avoid them. Meanwhile, non-CPC members should have the courage to tell the truth, speak words jarring on the ear, but truthfully reflect people’s aspirations”.

For example, in 2010, the Chairman of China National Democratic Construction Association and vice-Chairman of the Standing Committee of the National People’s Congress, Chen Changzhi (b. 1945), showed how his party exercised democratic control. He had discovered about 100 cities that had declared they needed new energy for their basic industries; after studying the industry, Chen assessed it was a waste of resources, and directly raised the problem at the central advisory meeting. The independent parties also raise funds for scholarships, analyse social problems and issue detailed reports that are submitted to the CPPCC. Other recent proposals put forward by the delegates from these parties include a call to rescue historical war relics in Chongqing and a call to improve ophthalmological care for Western China’s residents. Other issues concern the preservation of traditional rituals of Chinese culture.

The delegates of the independent parties, mainly intellectuals and businessmen from a wide cross-sectoral area of science, technology, health, culture, education and the environment, study social problems and submit proposals to the CPPCC, which is the consultative body that meets alongside the National People’s Congress (NPC).

Some of this year’s proposals have focused on the issue of environmental pollution rather than air pollution, which is often discussed as a cliché. Furthermore, Wang Donglin (b. 1956), a member of the China Democratic League and a member of the CPPCC, has criticised the mass of graduates churned out by Chinese universities in recent sessions, calling for greater meritocracy and more severity on the part of professors.

It has to be said, however, that being only stimulated by the top leadership to speak clearly from the rank-and-file, with a bottom-up approach, is not always enough. The solution is how to exercise and encourage this from within the system. Zhu Shihai, a Professor at the Central Institute for Socialism, has warned that “currently the election of deputies from independent parties to the CPPCC is mainly the result of the so-called “bargaining” as seen in some provinces: some can buy political, advertising and propaganda visibility with a lot of money, while “introducing a new voting system can help solve these problems, because if you don’t stand up and speak for the people, but only for yourself or for acquiescence, you lose credibility and votes”.

Ever more members of the democratic parties are appointed directors of government agencies. Statistics showed that at the end of 2010, some 32,000 members of those movements were working as senior officials at various levels, including the governmental, legislative and judicial ones. In fact, in addition to the aforementioned Chen Zhu, we see that Wan Gang (b. 1952), of the Justice Party, was also appointed Minister of Science and Technology. They have both been the first non-CPC Ministers appointed since 1970.

Faced with the ageing of the democratic parties’ members, recruitment campaigns are organized to attract the younger generation. The recruitment process, however, is not easy. Candidates must not belong to the CPC, but stand out among their peers and be introduced by two members of the party they want to join. The annual membership fee is only 100 yuan (12.11 euros). In case of several candidates having the same requirements, those aged over 30 are generally preferred.

The independent parties ultimately represent a conciliation of opinions – based on the common traditions of the struggle for national independence and redemption from the humiliation of imperialism – aimed at neutralising would-be opponents from urban elites, i.e. those who do not share the CPC’s principles. This is the search for voluntary cooptation of segments of classes, strata and bourgeois circles that may one day coalesce into an organised opposition under the orders of foreign powers, as has recently happened in other countries with tragic results.