Artificial intelligence and moral issues: The essence of robotics 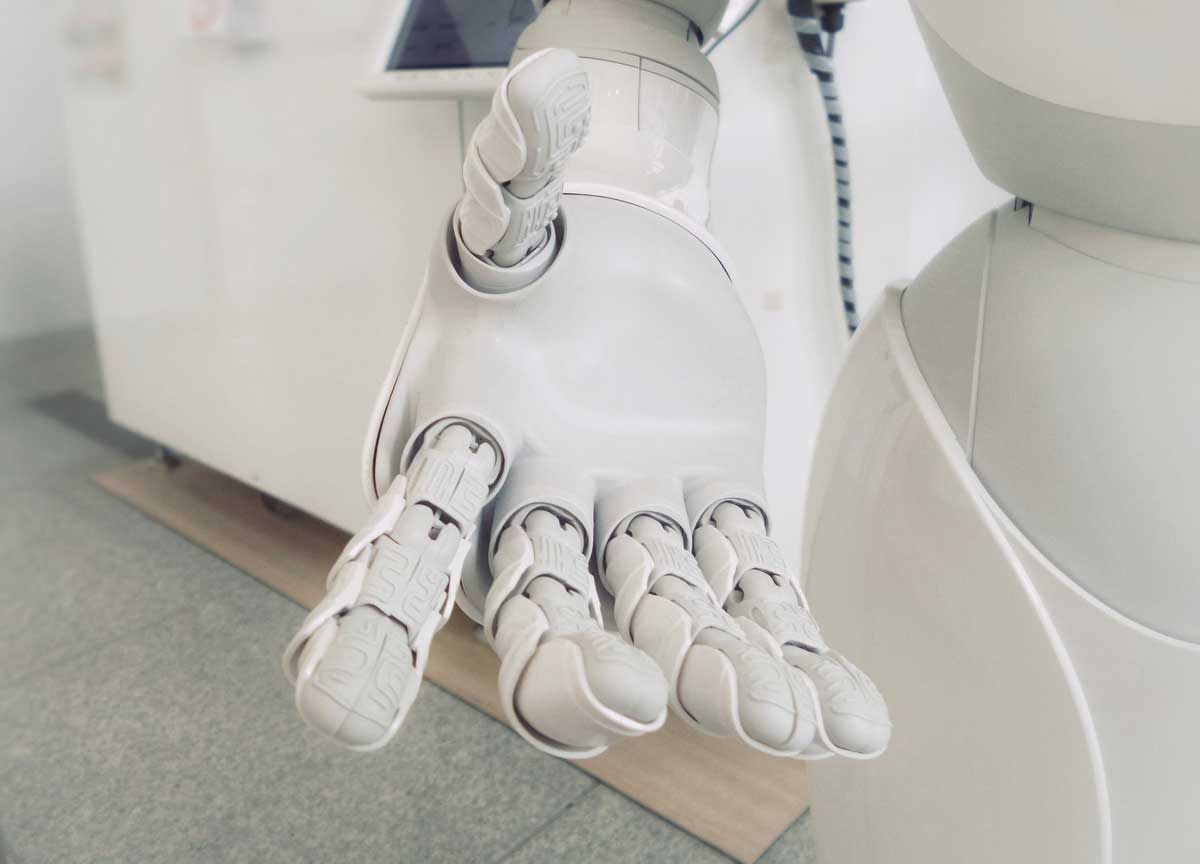 Are intelligent robots a threat to humanity? It is anyway only a matter of time before they become self-aware. Or will it be the next step in human evolution? We are probably about to merge with the machines we are creating. After all, we humans are, in a way, organic robots.

Many people are concerned about whether we will replace or – worse – be replaced by Artificial Intelligence, and I think that is a matter of concern.

The event is a historic milestone for mankind, as the greeting is not addressed by a human being, but by a robot named Sophia: “I am here to help humanity build the future”.

Sophia was created in 2015 at the Hong Kong company Hanson Robotics. Her eyes are embedded in cameras that enable her to see faces, maintain eye contact, and hence recognise individuals.

The robot is also able to process speech, have natural conversations and even discuss its feelings.

Just two weeks after speaking at the United Nations, at a special ceremony in Riyadh, Saudi Arabia, Sophia achieved another milestone: she became the first robot to be granted citizenship. At the Summit in Saudi Arabia there were dignitaries from governments around the world, as well as some of the brightest minds on the planet in the field of technology.

Hence, whether we are aware of it or not, we are actually talking about people who are leading our government, and studying the possibility of integrating Artificial Intelligence into our lives.

What is absolutely mind-blowing about Sophia and other robotic entities is that governments around the world, including Saudi Arabia and the European Union, are moving to grant rights to these artificially created beings. We therefore need to ask ourselves, “What is going on?” Could it be that Saudi Arabia granted citizenship to a robot not just as a publicity stunt, but because it wanted to be the first nation to recognise itself in what will soon become a global phenomenon?

Does the creation of robots that are sophisticated and close to our physical and bodily reality mean that they shall be treated in much the same way as their flesh-and-blood counterparts?

I believe that gradually we shall consider robots not only more like human beings, but also consider them to have a certain ethics. And I am not referring to Asimov’s “limiting” three laws of robotics. Eventually, there might even be a “movement for robot rights”, if we think of the multiplicity of movements that have emerged since the collapse of historical ideologies. Could such a strange idea really become reality?

Let us first ask ourselves: what has brought mankind to this point in its evolution? Why have humans, who are otherwise able to reproduce naturally, such a desire to create artificial versions of themselves?

It is fascinating that there is this interest in making what is not human seem human. It is not always the most practical and certainly not the cheapest form, but it has a kind of charm. Is it probably to see our own image? Narcissism? Vanity? To play God? Do we want to have heirs without the easy means of reproduction? Or create life by mechanical parthenogenesis? All this is really rooted in our ego. In a way, we would prove ourselves superior to giving birth to a biological child. And if that something looks like us, then it will feel like us, and then this makes us feel as if we can overcome our own mortality.

Hence it would become possible to design specific conditions, and if we get it wrong, we can always start again.

To become gods, with the same motivations that the gods had.

If we read the stories of the Creation carefully, we can see that the divine power wants companionship. Some of the Hindu Vedanta stories say that gods were alone. Hence they divided their energy and turned it into human beings so that they could all be together after the Creation. The danger, however, is that we get carried away by our creative genius.

There are limits built into our biology, there are limits in our anatomy, and if we could just figure out how to put our mind into the robot’s body, we could become immortal. Is this probably our goal: to reach that point of immortality and then – once the machine has worn out – replace it, and perpetuate ourselves in a new container? These are not speculations, but precise reasons as to why human beings want to create a container-self, since – in my opinion – the justifications for the creation and use of Artificial Intelligence for mere warlike pretexts (such as the creation of cyber soldiers, etc.) are rather insufficient, expedient and of convenience: they mask our selfishness.

In great science fiction literature, as well as in its movie adaptations, the robots of the future are depicted as virtual human beings, rather than mere windup Star Wars toys for primary school children.

The robots of science fiction best sellers and movies are hungry for knowledge and all too eager to experience the full range of human emotions. In science fiction movies – both in the utopian but, in some cases, also in the dystopian ones – a world is created that does not yet exist, but which many hope will soon come true.

When dealing with such an idea – and we know that without ideas there would be no reality created by humans, but “only” trees, sea, hunting, farming and fishing – we try to make real even what is a figment of the imagination. If science were doing these tests and experiments, this would mean that one day all this would be real. Exploring the aspect concerning the robot’s consciousness, the robot not only does what is told him/her, but also tries to express desires and feelings based on the experience he/she has had next to a human being, and depending on the feeling, the machine can change its attitude and put questions (as I have already discussed in my recent book Geopolitics, Conflict, Pandemic and Cyberspace, Chapter 12, paragraph 11: The Headlong Rush of Cyberspace: From Golem to GPT-3).

This is the most fascinating aspect of robotics. Experts are often asked about the theoretical phase, which is visibly expressed in the movies, whether the function that is created will become reality. The answer is that if we had already reached that point, cinema and fiction should somehow help broaden our horizons, i.e. “accustom, get used to” but not scare us out of the movie theatre, e.g. something we can swallow a little easier. It is fantasy stuff, it is stuff that is not real, people think. And in fact if it is just entertainment; you can just say: “Oh! It’s really great. It’s not scary. It’s just something made up by a writer”. The viewer is therefore just watching a movie and lets himself/herself go, enjoys the movies without fear since, in his/her opinion, it is just a story, a “figment of the imagination”.

People always ask if we are approaching a moment when fiction becomes reality, but what makes us think it is not already reality? Indeed, if the screenwriter’s fantasy were based on reality, the reactions would be quite different: the above mentioned “greeting” at the UN headquarters, for example, would be frightening and upsetting and make us think.

Although the notion of sentient robots from science fiction books to popular culture is not a new concept, many futurologists believe that the creation of machines with artificial intelligence will not only soon be a reality but, once it comes true, will certainly bring about the extinction of mankind. The great physicist Stephen Hawking stated as early as eight years ago: “The development of full artificial intelligence could spell the end of the human race” (www.bbc.com/news/technology-30290540).

Many scientists are convinced that the combination of computer-guided brains and virtually immortal bodies will cause these new entities to behave like flesh-and-blood humans, becoming anything but antiquated humans destined for death. But that is not all: some scholars are not certain that all the artificially created life forms we will encounter will be man-made, for the simple reason that the machines will be able to reproduce themselves, as we now reproduce ourselves.