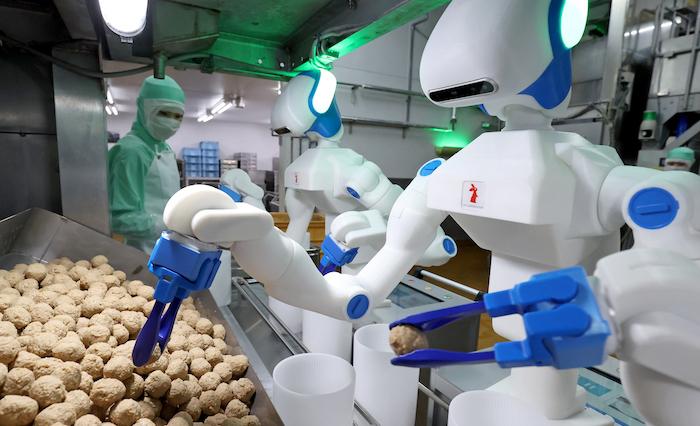 The second part in this series of articles explores the timeline that stretches from the ancient technology that created the Golem, thought Hephaestus’s robot to today’s chatbots

Is mankind really on the brink of an exciting, but potentially terrifying future?

Some scholars think that this is the case say, but they base their prediction not on what is currently happening in universities and robotics laboratories around the world, but on their belief that a robotic revolution has already taken place.

Ancient religions and myths spoke of many artificially constructed entities. They are often depicted as instruments of protection, but it sometimes happens that they rebel against those who created them with disastrous consequences.

American Rabbi Ariel Bar Tzadok, founder of the Kosher Torah School, stated: “There is a legend that has existed since the dawn of time. I am referring to the Golem. It is an artificial life source from inanimate material that then comes to life. The Golem was created by means of an ancient technology known to the Pharaoh’s magicians, Moses, the rabbis of the Talmud and the rabbis of the Kabbalah in Europe”

They all brought the Golem to life through magic by writing the name of God on the creature’s forehead. Thus the Golem came to life and was a valiant warrior and defender of the People. The Golem was useful until he began to lose control and went mad. At that point, those who had brought him to life were forced to resort to magic again to make him harmless. This is a very interesting tale which makes us think of robots and artificial intelligence.

Another even more cautionary example comes from ancient Greek legends about the god Hephaestus: known as the blacksmith of the gods, he is said to have forged a giant automaton, a robot named Talus with the task of protecting the island of Crete. Hephaestus also created artificial servants to help him in his forge. His most important creation, however, was a woman who, according to legend, changed the fate of mankind forever, namely Pandora.

She was forged in clay by Hephaestus who, with the help of goddess Athena, succeeded in animating her through the breath of life, thus making her a living being in her own right. Zeus, however, felt disturbed by that artificially created being and that was the reason why he decided to give her a jar as a gift. As soon as Pandora opened it, all the world’s evils flew away.

Although the concept of a machine endowed with human consciousness might make us shudder, in many Eastern religions the judgement changes radically. In Korean shamanism – an ancient religion still practised by many people today – objects can be possessed by sacred spirits imbued with an energy that humans have not. Similarly, those practising the Japanese religion known as Shintoism believe that otherworldly spirits called Kami (objects of worship) can practically live inside any object and give it life.

Shinto priestess Izumi Hasegawa maintained: “Ancient Japanese people, as well as modern people, believe there is a spirit in everything: even a smartphone or an iPhone has a life force as a computer. We believe in the artificial intelligence of a machine. We feel that way and we like it. In this respect we are profoundly different from Westerners for whom a machine is a machine”.

Heather Roff from the Cambridge University stated: “The phrase – Hey, Siri, what’s the weather going to be like today? – is an example of artificial intelligence, i.e. an algorithm that processes natural language, turns it into a computer code that searches the web and provides the data. It has been complicated to be able to process human language.

In fact, this goal has been achieved only a few years ago, but with very good results that have also been reached in the field of facial recognition and voice signal coding”.

If we create an entity that behaves like us, and has its own perceptive abilities and personal knowledge of the world, we believe it should be considered an intelligent, aware and responsible entity.

In some ways, our society is in the process of transformation: computers accompany our daily lives and technology is bound to spread ever more. Artificial intelligence that is part of it is set to transform the very fabric of our society. It is certain that we should take a pause to reflect on the kind of intelligence we are creating.

What we do know is that we are starting to cede control of some things over to machines without having understood what the consequences are. By designing increasingly smart and intelligent machines, humans could create a new form of life that, over time, will evolve far beyond the purpose that is now useful to us and eventually replace us.

Princeton University, 1950. Pioneering computer scientist Alan Turing was developing a test designed to distinguish man from machine. The test consisted in placing two opposing subjects in front of a screen with no possibility of seeing each other. Since the two players could not see each other, they did not know whether they were human beings or not. If the artificial player managed to mimic a conversation long enough for the opponent to believe he was interacting with a flesh-and-blood human, that player had passed the test.

When Alan Turing first proposed the test in 1950, the usual snobbish bigwigs – that never fail – initially considered it something half way between a nerdy prank and philosophical speculation. The idea that a machine could be mistaken for a human being was unthinkable. But in June 2014 futuristic science fiction became a scientific fact when a computer programme, Chatbot, passed the Turing Test.

Designed to resemble a 13-year-old Ukrainian boy in every way, the chatterbot by the name of Eugene Goostman managed to convince many judges that he was a real-life teenager. The machine that passed the Turing Test in 2014 had stepped into shoes of a 13-year-old Ukrainian boy. Probably the fact it was expressing itself in a language that was not its own enabled it to get away with that in spite of its mistakes. In any case, machines are getting ever better at imitating humans, and it is complicated to spot the differences.

Another incredible leap forward in artificial intelligence occurred less than two years later, when a programme known as AlphaGo defeated the world champion of an ancient Chinese board game called Go. Go is an abstract strategy board game popular in Asia and apparently much more complicated than chess. Many artificial intelligence experts were convinced that developing a system capable of beating a human being in that game would take another 30-50 years, as it required a very high level of intuition and creativity.

The subsequent version of the programme, called AlphaGo Zero, was designed to play the game without the help of information about other human games, nor by interacting with flesh-and-blood players. The programme learnt by playing against itself and, within three days, it was able to defeat its predecessor AlphaGo 100-0.

The AlphaGo Zero successes and the researchers’ strenuous work on the topic of super-intelligence have also convinced the aforementioned Stephen Hawking and Elon Musk to warn the world of the danger that once Artificial Intelligence becomes smarter than humans, it will be impossible to control it.

Mankind is rapidly advancing towards a world where computers function more or less like the human brain, and where robots are able to perform tasks that are too difficult or dangerous for us humans. Is an extraordinary future awaiting us, or are we just advancing towards our replacement?

The invisible hand of technology is guiding mankind towards an uncertain future: a future in which humans will be served by computers and robots with intelligence and complete autonomy. Some scholars and scientists have different views on this. For some of them, the dangers of artificial intelligence outweigh the benefits, while others argue that it is necessary if we want to fulfil our destiny and go beyond Earth’s borders to explore and search for raw materials that are running out on Earth.

Menlo Park, California, June 16, 2017: Facebook’s artificial intelligence research lab. A test was underway to see what happened when two Chatbots – programmes that use machine learning to intelligently communicate with humans online – talk to each other. A few minutes into the test, the Chatbots started behaving in unexpected ways – interacting in a way that the programmers could not understand.

The programmers did not understand how things unfolded. Then, thanks to the development of a model, it was possible to learn what it was: the two Chatbots had created a language. Following the test, the engineers discovered that the programmes had created a completely new language, unknown to the supervisors, in order to communicate secretly.

This was because the Facebook researchers had not told the computers that the two Chatbots could not develop their own language. Nevertheless, that alarmed everyone and the test was stopped because they did not want the computers to talk to each other without being understood. The computers were then told that they had to communicate in English.

It must be admitted that what happened is incredible. Basically, if two computers with artificial intelligence start interacting with each other, it is possible that they develop a communication code, i.e. a secret language that only they can understand. What happened is just the tip of the iceberg. It is like peeking just inside Pandora’s box and closing it again immediately after. If only two Chatbots are enough to make fun of humans, what will happen in the near future, as the same kind of technology is being applied to every other sector of society?