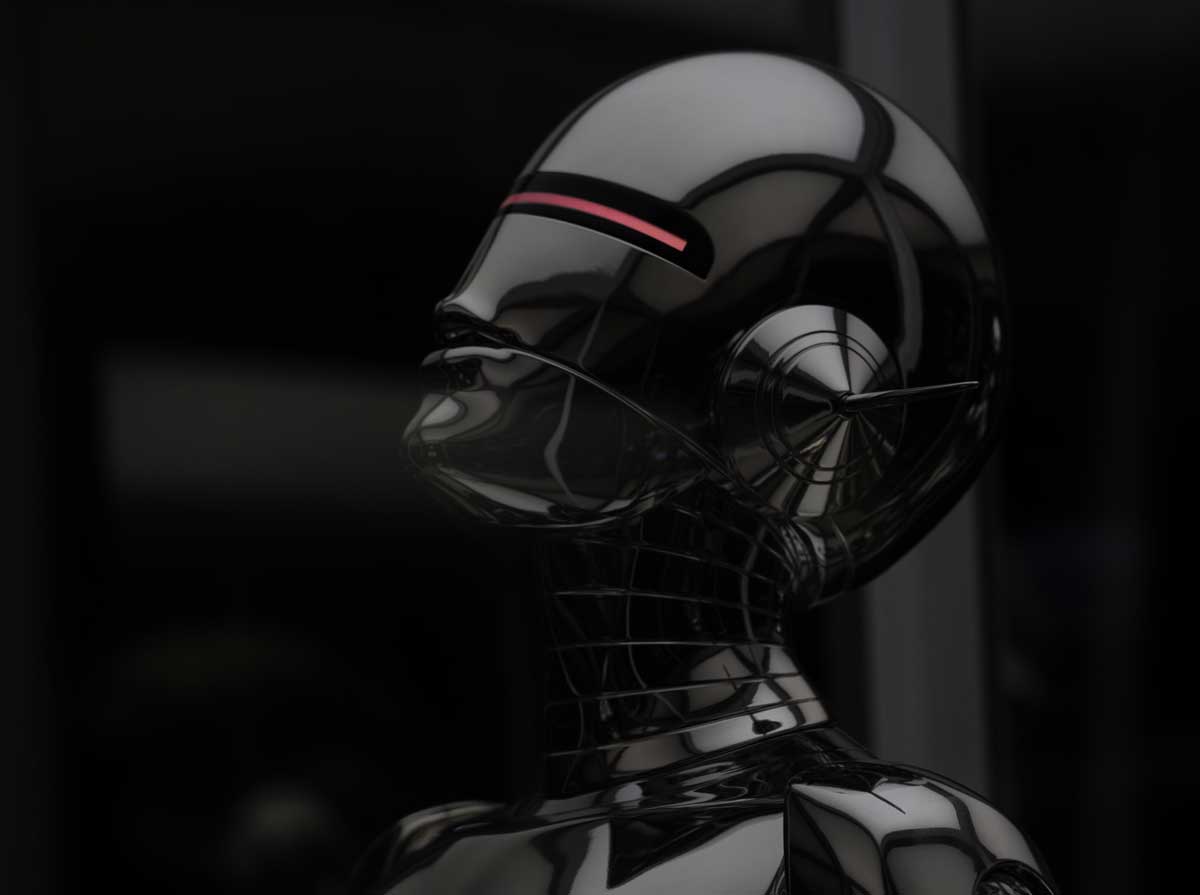 San Francisco, California, March 27, 2017. Entrepreneur Elon Musk, one of the masterminds behind projects such as Tesla and SpaceX, announced his next venture, namely Neuralink. The company aims to merge humans with electronics, creating what Musk calls the neural lace. It is a device that injected into the jugular vein would reach the brain and then unfold into a network of electrical connections connected directly to human neurons. The idea is to develop enhanced brain-computer interfaces to increase the extent to which the biological brain can interact and communicate with external computers. The neural lace will go down to the level of brain neurons: it will be a mesh that will be able to connect directly to brain matter and then connect with a computer. That human being will be a cyborg. The cyborg is a biological mix of man and machine.

Prof. Kaku wonders: “What drives us to merge with computers rather than compete with them? An inferiority complex? Nothing can prevent machines from becoming ever smarter until they are able to programme and make the robot themselves. This is the reason why humans try to take advantage of superhuman abilities”.

As we all know, although Elon Musk has made it clear what the dangers of creating an artificial intelligence that gets out of control are, he is also convinced that if the project is developed properly, humans will enjoy the power of an advanced computer technology, thus taking a step further than current biology. Nevertheless, while Neuralink technology is still at an embryonic stage, there are many people who insist that merging man and machine is not something so remote and are convinced that one way or another this has been happening for decades.

In 2002, Prof. Kevin Warwick – an engineer and Professor of cybernetics at Coventry University in the UK – demonstrated that a neural implant could not only be controlled by a prosthesis, but also by another human being.

In that same year, he and his wife had a set of electrodes – 100 each to be precise – implanted in their nervous system so that it could in turn be connected to a computer. Then all they did was connect the two nervous systems so that they could communicate with each other. Hence every time the wife closed her hand, the husband’s brain always received an impulse. If his wife opened and closed her hand three times in a row, he would receive three impulses. In this way they were able to connect two nervous systems. Who knows what might happen in the future.

Instead of talking and sending messages or emails, will we soon be able to communicate with each other? It is only a matter of time before cybernetic technology offers us an endless array of possible options. This would enable us to order something just by thinking; to listen to music directly in our brain or to search the Internet just by thinking about what we are interested in finding.

Prof. Kaku states: ‘We are heading to a new form of immortality, i.e. that of information technology. By digitalising all known information in our consciousness, then probably the soul becomes computerised. At that juncture the soul and information could be separated from the body and when the body dies the essence, soul and memory would live on indefinitely”.

In that case, humans will be about to replace body and mind, piece by piece, as they prepare to transform into cyborgs.

The marriage between man and machine has turned into something that is increasingly happening in the area of personal computers, tablets, mobile phones and even implants that provide an extraordinarily large amount of data ranging from a person’s vital signs to geolocation, from diet to recreational behaviour, etc.. We are therefore destined to merge with the machines we are creating. These technologies will help us make the leaps forward that can take us beyond our planet and the moon – as we will see more clearly later on. This is the future that awaits us: a future in which evolution will no longer take place by natural selection as Darwin’s theory maintains, but by human management. This will happen in the coming decades, in the short-term future.

On Icarus (vol. 224, issue No. 1, May 2013) – a journal dedicated to the field of planetary sciences, and published under the auspices of the Division for Planetary Sciences of the American Astronomical Society – mathematician Vladimir Ščerbak and astrobiologist Maksim A. Makukov, both from Kazakhstan, published a study conducted on the human genome: The ‘Wow! signal’ of the terrestrial genetic code.

The conclusions of the study are shocking. There is allegedly a hidden code in our DNA containing precise mathematical patterns and an unknown symbolic language. Examination of the human genome reveals the presence of a sort of non-terrestrial imprint on our genetic code, which would function just like a mathematical code. The probability that this sequence may repeat nine times in the randomness of our genetic code – as “’assumed” by Darwin’s theory – is one in ten billion. The DNA certainly has origins that are not random and have nothing to do with the 19th century Darwin’s theories, tiredly repeated to this day.

Our genes have been artificially mutated, and if the theory of the two Kazakh scholars were true, the fact that man is inclined to turn into a cyborg would be perfectly plausible since he has a non-random intelligence that can join the artificial intelligence that, for the time being, is only the heritage of sophisticated computers or early attempts of humanoid robots. There is also the answer to Prof. Kaku’s question: for this reason, from time immemorial, humans have had a penchant for creating their own variants and improving them with cybernetics (programming robots with artificial intelligence), as well as being eager to merge with AI itself. Many scholars and experts agree that – in view of surviving, evolving and travelling across the cosmos – any intelligent species shall overcome the biological stage. This is because by leaving the earth’s atmosphere and trying to go further, much further, humans must be able to adapt to different environments, to places where the atmosphere is poisonous, or where the gravitational pull is much stronger or much weaker than on our planet.

The best answer to Prof. Kaku’s question is that humans are somehow compelled to create robots ever more like themselves not to satisfy their desire to outdo one another by creating intelligent creatures in their image, but to fulfil their destiny outside the earth. This is demonstrated by further clues and signs coming from an analysis of the latest technologies developed by man in anticipation of the next phase of his evolution in the outer space.

Science Robotics – the prestigious scientific journal published by the American Association for the Advancement of Science – published the article Robotic Space Exploration Agents (vol. 2, issue no. 7, June 2017), written by Steven Chien and Kiri L. Wagstaff, from NASA’s Jet Propulsion Laboratory at the California Institute of Technology. According to their theory, astronauts travelling through the space will very soon be replaced by robots, e.g. synthetic human beings capable of making autonomous decisions using artificial intelligence. Space is a very hostile environment for humans. There is strong radioactivity and moving in a vacuum is not so easy, while machines can move nimbly in space. The important thing is that the electronic circuits are protected from damage. It is therefore easier and cheaper for a machine to explore another planet or another solar system. It is believed that space exploration will be more machine-based than man-based. It will not be man who will explore space on a large scale: we will send machines with artificial intelligence that will not have acceleration problems since they will be able to travel outside the solar system using the acceleration of gravity. It would be very useful to have an intelligent system capable of communicating, for example, with Alpha Centauri – our nearest star system – since it would take 8 years and 133 days to send a signal to earth and receive a response. Hence why not use artificial intelligence to make decisions and work? Missions to Mars and Alpha Centauri guided by artificial intelligence could become a reality. NASA has been testing this technology as early as 1998 with the Deep Space 1 probe. It was sent to the asteroid belt located between Mars and Jupiter. Using a system called AutoNav, the probe took photos of asteroids following its itinerary without any human support. The Mars rover is basically an autonomous terrestrial robot that travels around Mars collecting samples and transmitting information. It is a newly fielded autonomous system, which means that, as soon as artificial intelligence is sufficiently reliable to be deployed aboard a spacecraft, there will be a robotic spacecraft that can arrive on Mars. Once we send robotic spaceships programmed with artificial intelligence we will relinquish all possibility of control because it will be our “envoys” that will make decisions on the spot.